Cardiac catheterization is a specialized diagnostic procedure in which catheters are inserted into the arteries or veins in the groin and advanced into or around the heart. Pictures (angiograms) are obtained of the coronary arteries that supply blood to the heart muscle (coronary angiography or arteriography), and measurements are made within the heart’s chambers to evaluate the heart valve and heart muscle function. Angiograms give information about the presence and extent of narrowing of the coronary arteries due to arteriosclerosis (“hardening of the arteries” or coronary artery disease). Intravascular ultrasound (IVUS) is a procedure utilizing a miniaturized ultrasound probe in conjunction with coronary angiography to identify arteriosclerotic plaque.

Coronary balloon angioplasty and stenting (also referred to as percutaneous coronary intervention or PCI) are procedures performed by interventional cardiologists in cardiac catheterization laboratories to open obstructed areas in the coronary arteries. To perform angioplasty, a balloon on the tip of the catheter is inflated, which compresses the arteriosclerotic plaque and improves blood flow in the coronary artery. A stent is a small metal coil that is inserted in the artery to prevent recurrent narrowing (restenosis). Drug-eluting stents that are coated with medication to inhibit restenosis are widely used. When necessary before angioplasty or stenting, coronary atherectomy is performed to shave down or debulk heavy arteriosclerotic plaque. Coronary thrombectomy removes clots from the coronary arteries by using suction from a high-pressure water source.

High risk procedures using left ventricular support device such as impella . The Impella LD pump is a minimally invasive, catheter- based cardiac assist device device used to aid the heart in pumping blood when a patient’s heart is determined too weak. The Impella procedure is a minimally invasive procedure that is normally done to sustain the patient’s weak heart for another major surgery by providing temporary support for the heart muscle. The device is device designed to directly unload the left ventricle, reduce myocardial workload and oxygen consumption while increasing cardiac output, coronary and end- organ perfusion.

What is the procedure?
The Impella is the world’s smallest and only minimally invasive, mechanical cardiovascular support system. The Impella is a tiny pump inside a catheter, only 6.4 mm in diameter. It has an electric motor that can pump approximately 2.5 liters of blood per minute sustaining the heart for up to 7 days. This device is so small that it can be inserted into the patient’s heart through a small catheter placed through an artery in the leg. The pump is passed up the femoral artery in the leg and inserted into the left ventricle. X-rays are used to place the pump is in the right location. The pump uses an electrical motor attached to a 3mm wire which extends out of the patient, where it is connected to a battery and control pack the size of a small laptop computer.

Where is the procedure performed?
In the Cardiovascular Catheterization Lab, under local anesthesia

Peripheral artery disease is also likely to be a sign of a more widespread accumulation of fatty deposits in your arteries (atherosclerosis). This condition may be reducing blood flow to your heart and brain, as well as your legs. 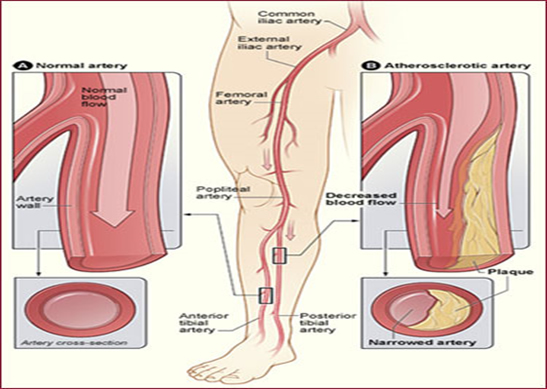 Directional Atherectomy (DA) with the TurboHawk or SilverHawk Plaque Excision Systems is a catheter-based, minimally invasive treatment method to remove the blockage from the coronary arteries and allow more blood to flow to the heart muscle and ease the pain caused by blockages.

Next, a long narrow tube called a diagnostic catheter is advanced through the introducer over the guide wire, into the blood vessel. This catheter is then guided to the aorta and the guide wire is removed. Once the catheter is placed in the opening or ostium of one of the coronary arteries, the doctor injects dye and takes an x-ray.

If a treatable blockage is noted, the first catheter is exchanged for a guiding catheter. Once the guiding catheter is in place, a guide wire is advanced across the blockage, then a catheter designed for lesion cutting is advanced across the blockage site. A low-pressure balloon, which is attached to the catheter adjacent to the cutter, is inflated such that the lesion material is exposed to the cutter.

The cutter spins, cutting away pieces of the blockage. These lesion pieces are stored in a section of the catheter called a nosecone, and removed after the intervention is complete. Together with rotation of the catheter, the balloon can be deflated and re-inflated to cut the blockage in any direction, allowing for uniform debulking.

A device called a stent may be placed within the coronary artery to keep the vessel open. After the intervention is completed, the doctor injects contrast media and takes an x-ray to check for any change in the arteries. Following this, the catheter is removed and the procedure is completed.

Peripheral laser atherectomy uses a catheter that emits high energy light (laser) to unblock the artery. The catheter is maneuvered through the vessel until it reaches the blockage. Laser energy is used to essentially vaporize the blockage inside the vessel. The result is increased blood flow to the peripheral tissue.

Blood pressure is the force of blood pushing up against the blood vessel walls. The higher the pressure the harder the heart has to pump.

Hypertension can lead to damaged organs, as well as several illnesses, such as renal failure (kidney failure), aneurysm, heart failure, stroke, orheart attack. Researchers from UC Davis reported in the Journal of the American Academy of Neurology that high blood pressure during middle age may raise the risk of cognitive decline later in life.

Diabetes Mellitus (DM) is impaired insulin secretion and variable degrees of peripheral insulin resistance leading to hyperglycemia. Early symptoms are related to hyperglycemia and include polydipsia, polyphagia, polyuria, and blurred vision. Later complications include vascular disease, peripheral neuropathy, nephropathy, and predisposition to infection. Diagnosis is by measuring plasma glucose. Treatment is diet, exercise, and drugs that reduce glucose levels, including insulin and oral antihyperglycemic drugs. Complications can be delayed or prevented with adequate glycemic control; heart disease remains the leading cause of mortality in DM.

Lipid is the scientific term for facts in the blood. At proper levels, lipids perform important functions in your body, but can cause health problems if they are present in excess. The term hyperlipidemia means high lipid levels. Hyperlipidemia includes several conditions, but it usually means that you have high cholesterol and high triglyceride levels.

High lipid levels can speed up a process called atherosclerosis, or hardening of the arteries. Your arteries are normally smooth and unobstructed on the inside, but as you age, a sticky substance called plaque forms in the walls of your arteries. Plaque is made of lipids and other materials circulating in your blood. As more plaque builds up, your arteries can narrow and stiffen. Eventually, enough plaque may build up to reduce blood flow through your arteries.

Atherosclerosis increases your risk of heart disease, stroke, and other vascular diseases. Fortunately, you may be able to reduce high lipid levels and, therefore, prevent or slow the progression of atherosclerosis. Lifestyle changes like exercising and eating a healthy diet can also lower your lipid levels and are often the first step in treatment.

This approach is used to prevent the onset, recurrence, and progression of heart and vascular disease using medications and lifestyle changes tailored to maximize efficacy and minimize side effects. 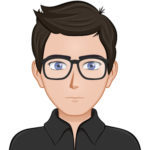 “Excellent doctor! Seemed to really care about his patients. Very friendly and easygoing. Answered all questions and explained his reasoning for the tests and thoughts behind his decisions. Staff was also incredibly nice and efficient. Totally recommend him 100%!”

“Dr.Jinesh Shah was really a great doctor with an amazing energy. Always, care about his patients. Amazing staff always helpful over the in the office. This the office always have snacks and coffee.Never seen an amazing office like apex heart and vascular care.”

“Excellent expirience!! I was treated like a VIP and family member! I needed a nuclear stress test and got it done in seamless way! Quick approval and less than 2.5 hours and done in a pleasant way! What a beautiful setup!! FIVE STARS for Bay Area Heart and his team!!”